ReaperCon doesn’t officially begin until Thursday, but set up was already well underway on Wednesday. 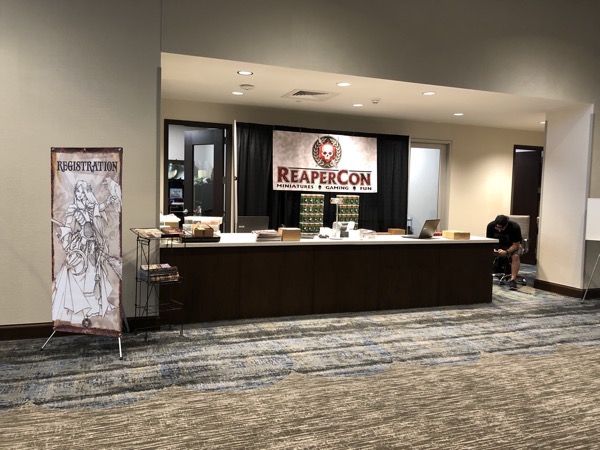 The registration desk is ready for con goers!

Artist alley is behind the Gaming Area sign. Only a few artists were had arrived early this afternoon, but many more have arrived since. But what does that Gaming Area sign lead to… 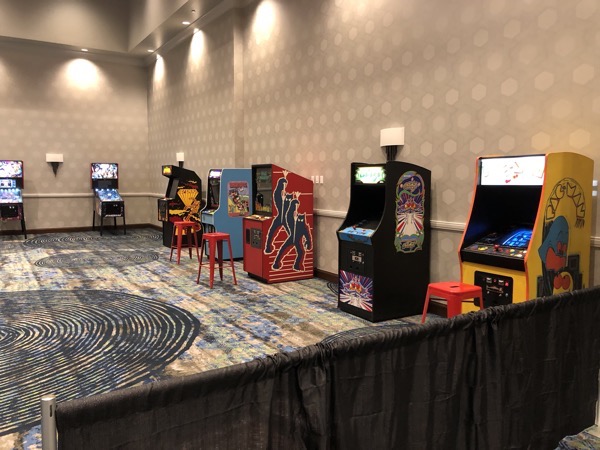 Of course there is also lots of space for role-playing games and board games. And places to paint and hang out with friends. Or make some new ones. After you put the finishing touches on your entries for the painting and sculpting show, you’ll enter them in the contest area. 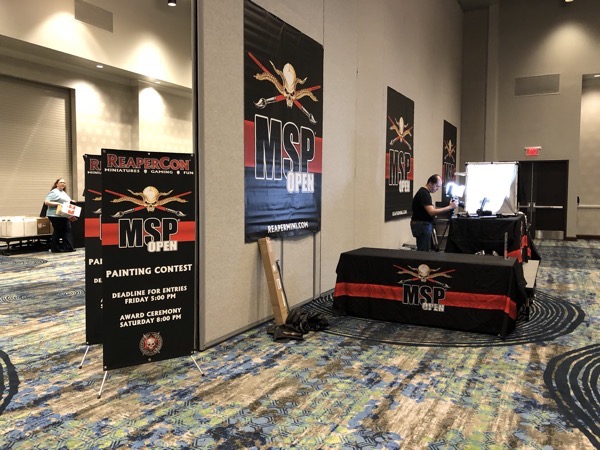 First your miniatures will get added to the database and photographed, and they’ll you’ll take them into the room behind those banners to put them on display.

Many of the vendors also arrived Wednesday to set up their booths. Looks like there will be lots of cool miniature and geek related items available for purchase this year. 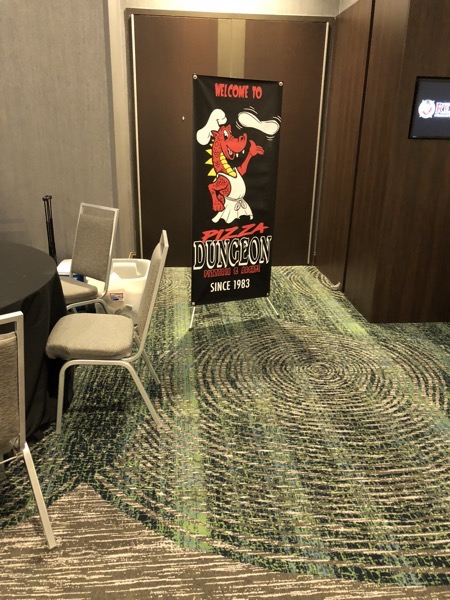 And we finished the evening off with some pizza at the traditional Wednesday night Meet and Greet dinner.

Hopefully I’ll be back with another update Thursday or Friday. I might even include pictures with more people in the next one!